Manchester United and Liverpool legends Ronny Johnsen and John Arne Riise met fans and families at the Tampines West Community Club on Saturday 21st September ahead of the 2019 Battle of the Reds.

The pair joined crowds for a live screening of the Leicester City vs Tottenham Premier League match before signing autographs, posing for photos and talking football with the gathered families.

In Singapore to promote the upcoming Battle of the Reds event, Johnsen and Riise also appeared on a Facebook Live broadcast with Goal Singapore and engaged with more fans at the Four Points by Sheraton Singapore Riverview official meet and greet event.

Watch as the Manchester Reds, Liverpool Reds and Singapore Reds come together at the Singapore National Stadium on Saturday 16 November!

Get your tickets now! 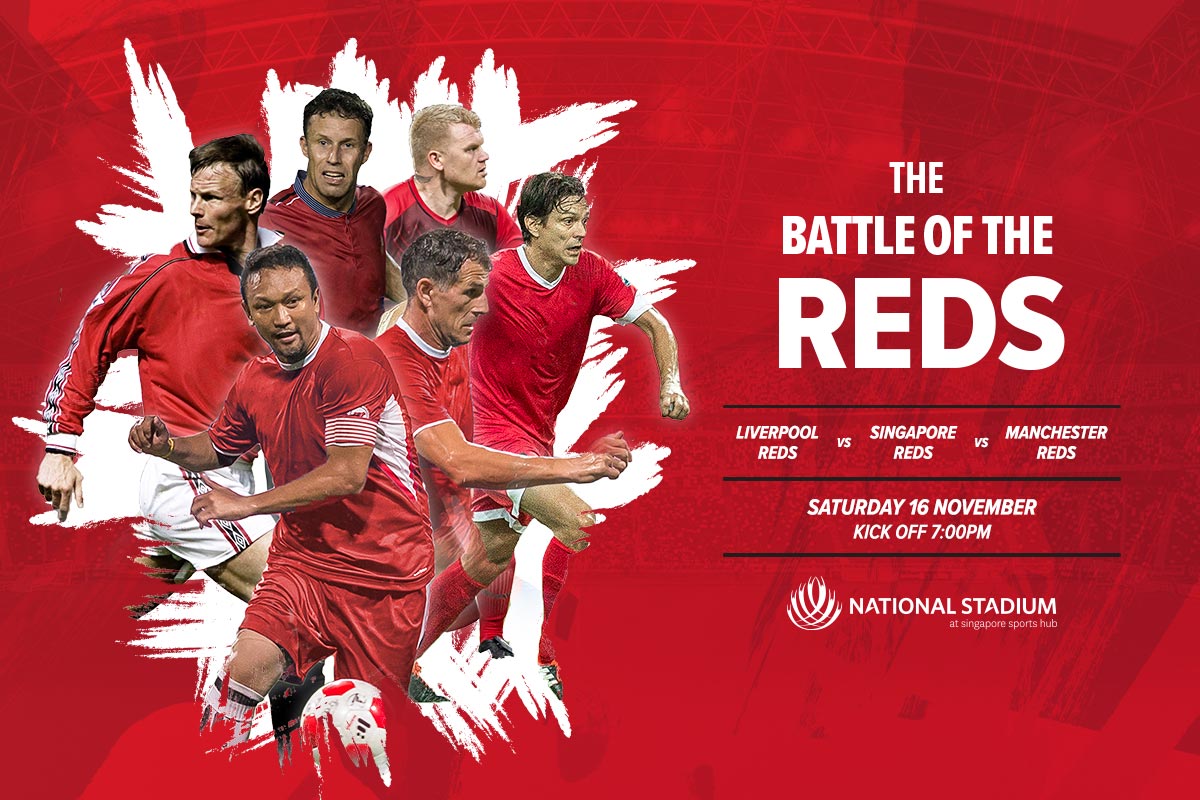